Facebook’s ad service is an amazing way to expand your brand’s reach and bring in new customers. However, Facebook might find a reason to disapprove your ad. A disapproved ad will not be originally published, however there are a few steps you can take to rectify the issue.

Facebook itself doesn’t simply want you to discard your ad. Instead, they provide the opportunity to edit your work and resubmit it.

Here is what to do if your Facebook ad is rejected.

Probably the best chance you’ll have for eventually publishing the ad is by editing and resubmitting the work. Approval is provided along a stringent set of guidelines that can be hard to bypass on appeal.

The steps for editing your work are as follows:

Step 1: Read and understand the details Facebook sent you regarding your ad’s disapproval.

Step 2: Edit your ad to work with the details Facebook provided in their disapproval email. Edit the images, text and call-to-action to comply with Facebook ad guidelines.

Step 3: Save your work and resubmit it to Facebook to review the ad.

There is the off chance that Facebook made a mistake when reviewing your submission. If you believe that this has occurred, and that your ad already complies with the platform’s ad guidelines, then you can send an “Appeal a Decision” form. Facebook staffers will review your request to see if they did, in fact, make a mistake when originally reviewing your submission.

You might choose to appeal a disapproval if Facebook provided ambiguous reasoning for disapproval or if you believe the ad already complies with its advertising policies.

If your ad was disapproved within the first two to three hours of submission, you can assume the Facebook algorithm rejected your ad outright. If it appears the algorithm rejected you outright, then this a good reason to definitely appeal the decision. It will trigger a human review which, if you think your ad was unjustly denied by the algorithm, there is a good chance the staffer will approve it. Here, you don’t have to right a detailed appeal – simply state the facts as to why you think it should be approved by the staffer. 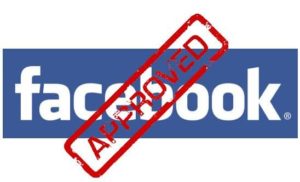 To write an effective Facebook ad appeal, you should consider the following:

Before you create your appeal, familiarise yourself with Facebook’s Advertising Policies and Prohibited Content. This should give you a good understanding of how to lodge your appeal regarding your specific ad.

Good luck with your appeal or resubmission

It is possible that your ad hasn’t violated any of the above reasons for disapproval. If you have read those, as well as Facebook’s advertising guidelines, and find that your ad doesn’t go against any of these reasons, appeal. Otherwise, it might be time to get to work on editing your ad so that it doesn’t get rejected again. Upcoming Marketing Trends to Know Before 2022 How Will the ‘Metaverse’ Change the Future of Digital Marketing?